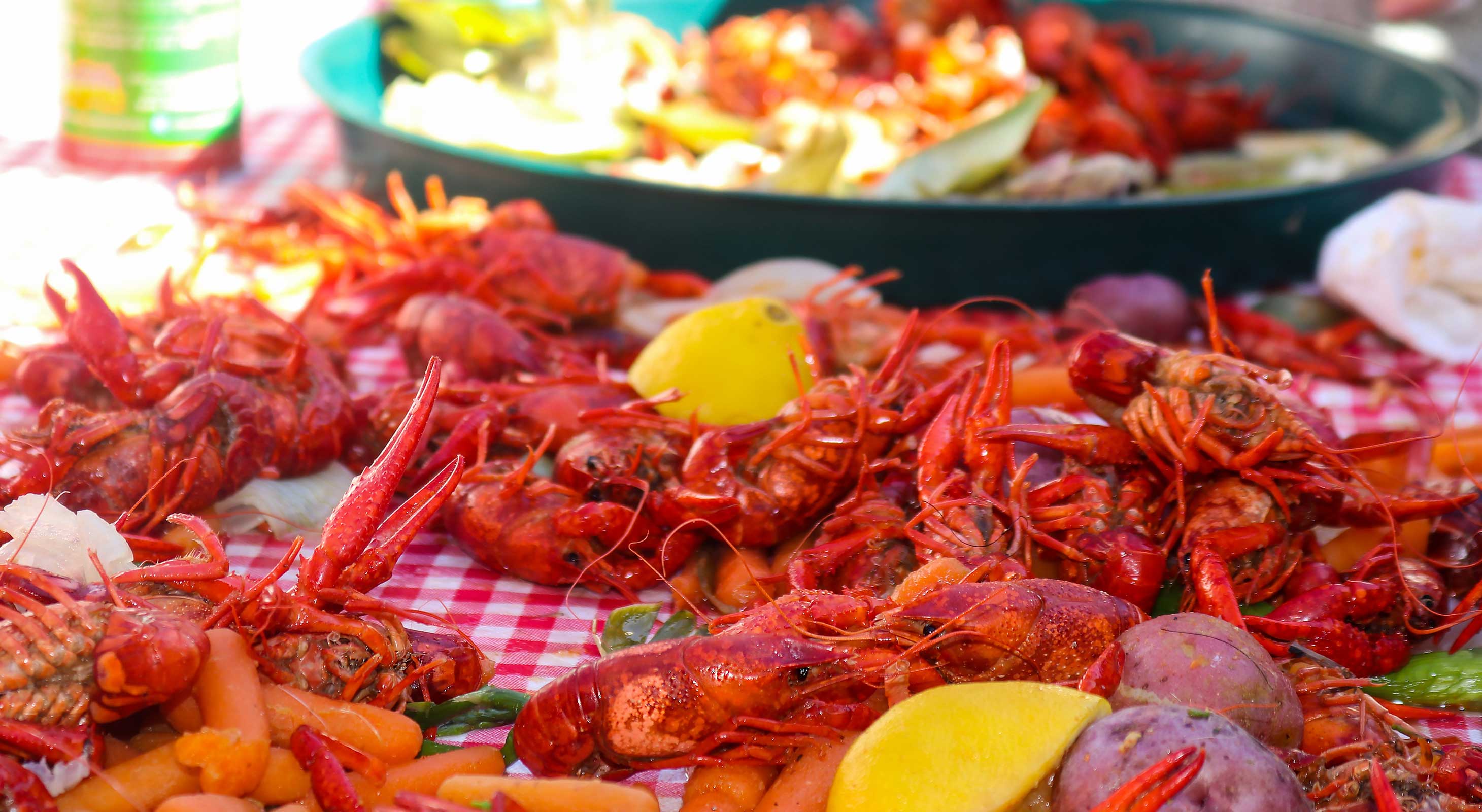 From February to May it’s crawfish season in Louisiana! With that comes the opening of the world famous Hawk’s Restaurant. Just a short drive from our cottages, our guests come from all over the planet just to eat at Hawk’s! If you’re looking for an authentic Cajun experience you’ve come to the right place! 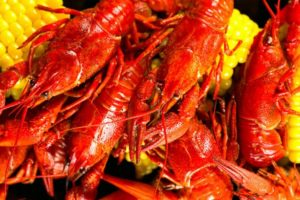 History of Crawfish in Louisiana

In 1755 the Acadians, later called Cajuns, were forced to leave Nova Scotia and they found a new home in Louisiana settling along the bayous. There was an abundance of crawfish in the mud and slow moving water in these areas. These small lobster-like crustaceans quickly became a favorite amongst the Cajuns and the tradition of crawfish boils began. There are now dozens of crawfish festivals every year; the largest being Breaux Bridge Festival.

What is a Crawfish Boil?

Crawfish, often referred to as “mud bugs,” are first cleaned in a purging process to remove all the mud and debris.  The traditional purging process involves pouring salt onto the live crawfish and then pouring fresh water on top of them and allowing them to soak for about three minutes.  The crawfish are then transferred to fresh water where they sit for five to ten minutes.  A traditional boil includes spices, corn, potatoes, and sausage. The mixture boils together until the shells of the crawfish turn bright red! Everything is then removed from the water and thrown onto a large table typically covered in newspaper.

How to Eat a Crawfish

What sets Hawk’s apart from all of the other crawfish restaurants in Louisiana? Their unique purging process! Instead of the aforementioned how-to process, Hawk’s places their crawfish in a live well with a slow moving current of aerated water for 48 hours. This technique is special because it results in cleaner crawfish. The lack of grit and the bright yellow color of the fat signifies just how clean Hawk’s crawfish are. Hawk’s has been serving mouthwatering crawfish for over 30 years and will continue to do so for many decades to come! 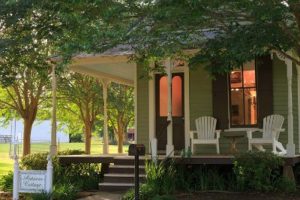 Stay in one of our beautiful cottages this season and take advantage of our Ragin’ Cajun Special, featuring 2-3 lbs. of Hawk’s Famous Boiled Crawfish, and much more!